Theoden Theoden We reform in order to conserve - Burke

Echoed By Theoden
·
1 day ago

But expect you to celebrate Thanksgiving alone outside.

Americans are tired of the hypocrisy.

Finally seeing it on Fox. Check the time stamp difference between Fox and others.

Newsweek has a slightly different headline.

Way to go Parler for the latest news

Wayne County GOP members rescind votes to certify election, claim Dems 'bullied' them The two Republicans on Michigan’s Wayne County Board of Canvassers claimed in signed affidavits Wednesday that they were bullied into siding with Democrats and have now rescinded their votes to...

Echoed By Theoden
·
6 days ago

Please share this and let everyone know I’m on Parler!! I will be posting more. Thank you

I know of people moving to Georgia just to vote.

The Georgia State representatives better put in some rules on this carpetbagging.

Otherwise we’re going to see a loss of the Senate and the left will execute on their extremism without check.

So this is the Muslim activist who is creating a stir by causing issues on the plane.

Don’t bother commenting or saying anything, I just want you to see how activists like this work.

They create a fake story, video ready, record the regular annoyance of people, and then claim racism/sexism/etc.

People are calling her out, so you don’t need to, but it’s interesting to watch and observe the lie creation

Georgia on my mind.

They have to be stopped.

Remember one of the major hoaxes this year?

That DJT is locking up the mailboxes.
At the time there were protests outside the USPS offices 🤣 and driving by it just made me laugh.

Now I see it as sad. People were so readily driven to hysteria.

Will a Republican Senate block the socialist enthusiasms of President Joe Biden? The answer is “No.” Congress has unconstitutionally surrendered the lion’s share of legislative power to the executive branch with open-ended delegations. Executive agencies annually promulgate 30 times as many legislative rules as Congress. Under the National Emergencies Act of 1976, Biden could declare the risk of climate change or gun ownership a national emergency and strangle the economy and liberty accordingly. Under the Affordable Care Act, Biden could expand mandated coverage of preventive care treatments endlessly. Radical Democrats are clamoring Biden to issue executive orders granting de facto amnesty to hundreds of thousands unlawfully present aliens, impose onerous employment or environmental rules on federal government contractors, decree a reduction in prescription drug prices, and dismantle due process protections for students accused of sexual harassment. This is the tip of the iceberg.

Where is the evidence? 234 pages of sworn affidavits - JUST FROM ONE COUNTY IN MICHIGAN. On top of that over 11,000 people nationwide are willing to sign affidavits (risking perjury and jail time if they are not honest) that are ready to step forward and tell the truth about the corruption they’ve witnessed in vote tabulation criminal misdeeds.

Someone just went through my comments and progressively downvoted each one.

Never spoke to this person. Obviously a troll who thinks downvotes will re order the conversation.

I keep telling conservatives to take cue from Trump and not fold. Don’t ever give them the premise.

So I downvoted far more than her and then blocked her.

Love the conversations I’m having even with the disagreements and I don’t block people, but a psycho troll deserves the treatment.

Has anyone else noticed a sudden influx of Twitter and Tik Tok folk?

Twitter users usually rely on short replies that don’t address what your saying. So they usually write a short silly response to a well thought out point

Tik Tok people make no sense. Somehow they think that a platform that isn’t about short videos and the need to write something worthwhile is going to be a natural fit for them. So they say insane things, with a ton of emojis.

I say welcome to the world of free speech and no bans for discussions and already it’s great because I’m able to show everyone else how low resolution their thoughts are.

It’s not about them, it’s about the audience. So keep it calm and civil and keep grinding Parler folks.

It's a complement. They are groupies who always have & always will follow conservatives around.

I checked out a bunch of their profiles because they follow each other.

A lot of them had the same photo and talked about a “Tik Tok takeover”.

It’s so desperate and sad that they need to control speech. It’s such a mirror to how desperate they feel inside about their beliefs.

Do you think it’s odd that Biden’s vote totals only ever caught up around 4-5am in each contested state...???

There’s no shame in feeling down about all of this because we love the country.

However this is a marathon not a sprint. It won’t be over quickly, and we need to breathe. The fighters in the ring that breathe, win.

If you’re feeling something and need someone to listen, feel free to send a DM. No shame in reaching out. 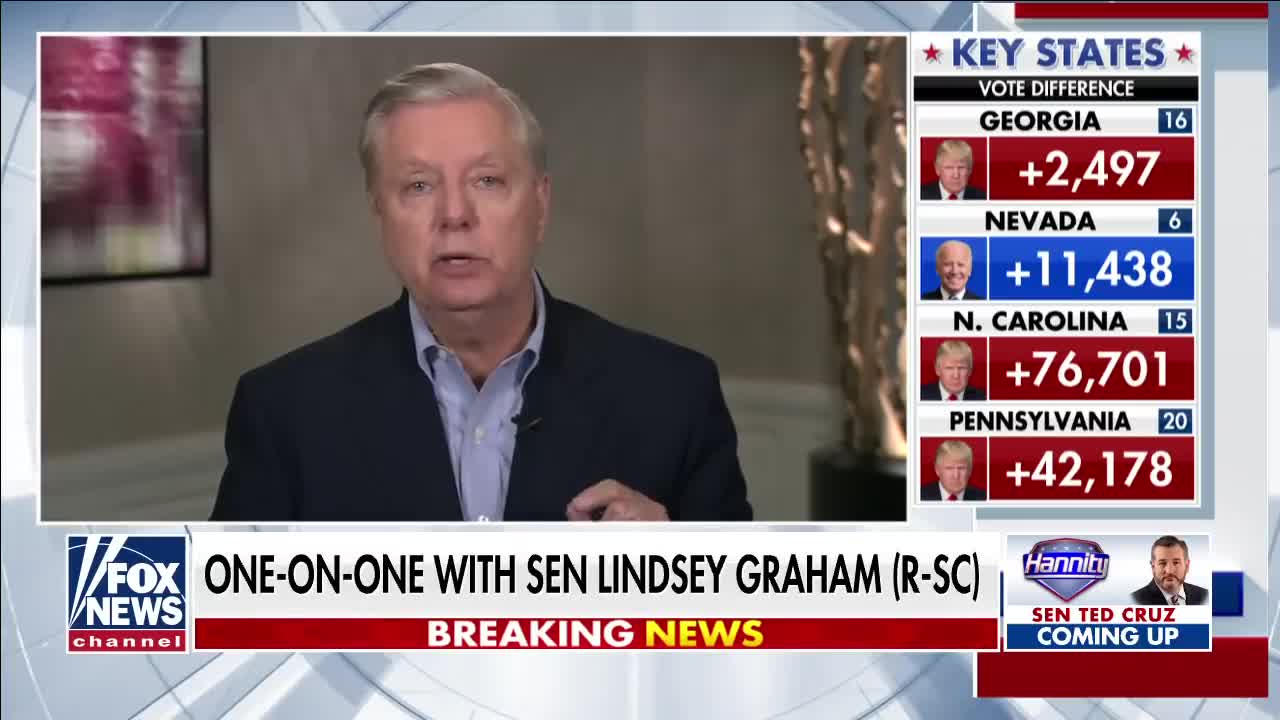 Lindsey Graham to Donate $500k To Trump Legal Defense Fund Graham steps up to the plate while the rest of the GOP is silent.

We had better start winning the culture war.

If we have a Manhattan Republican Party candidate getting 45% of the vote, in LIBERAL MANHATTAN, there is no way we aren’t winning in the rest of the country unless there is massive fraud. We need to investigate an we need to fight!