Eaurougesenna Scorpy I am a US citizen that is proud to support this great country from Florida. 🇺🇸🇺🇸🇺🇸 #MAGA #Twexit #Blexit. ⚠️ Private accounts will be blocked.

The Law and Order moment will resonate with millions.

Even CW is rattled: "Each of you is going to have two minutes of interrupted time".

He said two moments then corrected himself because he got rattled.

Echoed By Eaurougesenna
·
1 month ago

This seems like a perfectly reasonable way for leaders to lead.

Q: Can you envision a path that the MSM can exit the current Echo Chamber format for a truly diverse reporting of news while sticking to reporting news instead of attempting to make news itself?

Echoed By Eaurougesenna
·
1 month ago

And how long will it be until the next group of lifelong Democrats announces its abandonment of the socialist democrats? 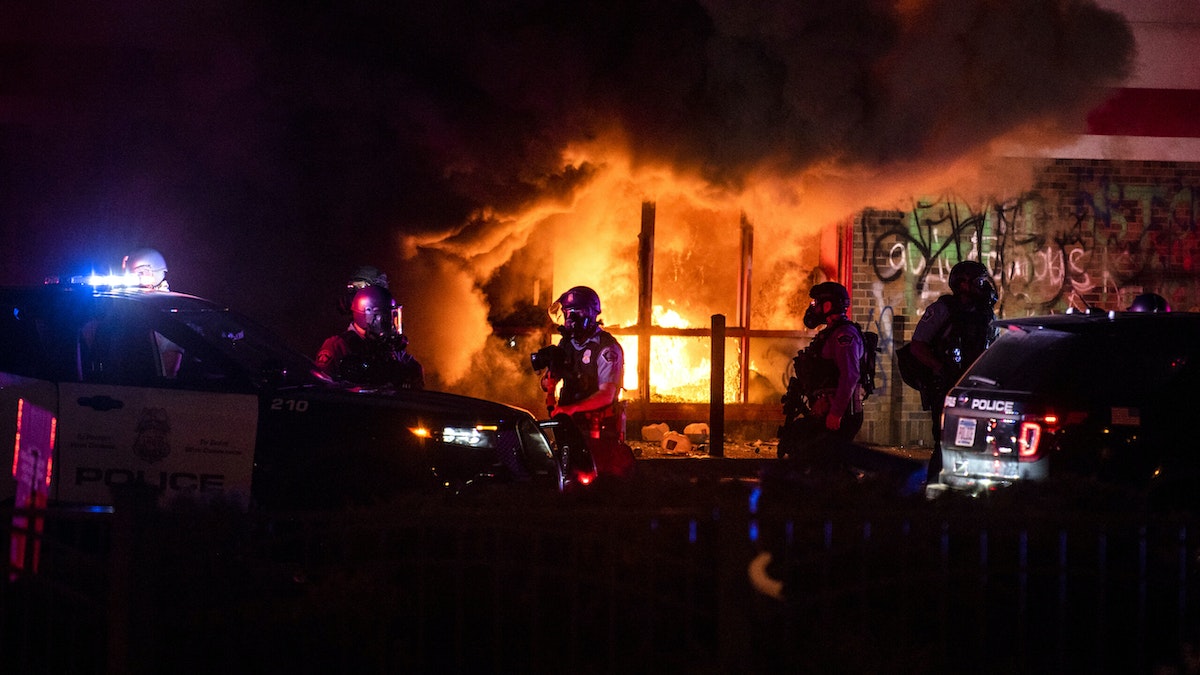 Echoed By Eaurougesenna
·
2 months ago

Question to all: Have you noticed a correlation of downvoters with "private accounts"?

Thank you for the feedback.

@Scorpy I’ve been downvoted before just not by private accounts

@Rdlcherry To be fair, some have "fat fingers" which makes it easy to accidentally downvote. In my experience, most downvotes are mistakes that are quickly changed though the change goes unreflected in the notifications archive.

The downvotes that stick are approximately 2-1 with "private account" associated with the "2".

I was just curious as to what others were seeing. Downvotes matter as much to me as Twitter's solvency i.e. not at all. 😁

@Scorpy I have fat fingers, too! And I hit the wrong button, all too often! I use iPad app, and I notice that sometime things are a weee bit skewed to one side! If I get too fast, I miss!!

When you make controversial claims, you should provide evidence.

It was a question.

When a new person joins Parler, it seems their account automatically starts with a Private Setting. I know mine did until I figured out what was what. I’ve come across a couple of others that has also happened to, so you might ask why their acct is closed and also check their start date on Parler, see if that helps.

It was the same for me. #learningcurve 😄

Thank you for the suggestion. 👍

In the intervening time, I have noticed a significant tailing off of downvoting by private accounts.

Frankly, downvotes don't bother me in the least though I was seeing a different pattern a month later - a slew of Antifa riff raff are Blocked. 😂

Shouldn't we reward this person for posing for a mug shot?

Loser little gen z'er. Crying her eyes out and pouting b/c she couldn't tell the police what to do

I will give her the same respect she gave. 0️⃣

Echo if you’re voting for President Trump in November! 🇺🇸

Echo if you’re voting for President Trump in November! 🇺🇸

MAGA patriot shakes hands with Nancy Pelosi and tells her she is going to jail soon.

Pelosi is a seasoned scammer and shows no emotion.

Take back the narrative!!! We cant let the media keep the negative spin. A revolution is happening that Americans from all races,colors, and creed can be proud!! Trump hero’s are everywhere, and take abuse for our beliefs, fight back america!!

Media outlets are now calling for Tucker Carlson to lose his sponsors after he criticized Tammy Duckworth!

They are calling Tucker a racist for saying we shouldn’t tear down statues of George Washington.

Tucker is not backing down!

Echo if you stand with Tucker!

Tucker is a patriot.

Those acting to harm him are not patriots. #nuffsaid

Can you believe these liberals are now crying about the #CancelCulture they created? @Dbongino was right, these snowflakes couldn't help but eat their own. You made your bed, Libs, now you can damned well sleep in it!

"Liberal writers, professors and activists have come together and signed an open letter in the hopes of ending "cancel culture.""

"Harry Potter" author J.K. Rowling, New York Times opinion editor Bari Weiss and political activist Noam Chomsky are a few of more than 100 names attached to the piece titled "A Letter on Justice and Open Debate" that was published Tuesday in Harper's Magazine.

"In 1804 Haitians massacred the remaining white population in the country. They moved from house to house, torturing and butchering white men, women, and children by the thousands. They did so with a full sense of justice for what the white man had done to them.

While we hear about the dangers of white supremacism on a daily basis, there is virtual radio silence on the growing black supremacism and its role in the riots across the US. How many will recognize this photo as the equivalent of a Neo-Nazi promising to repeat the Holocaust?

This is why the myth of systemic racism is so extremely dangerous. It fuels a narrative of victimhood, wherein every instance of violence is justifiable as a revolutionary act against the oppressors. It's crucial that we recognize, deconstruct, and condemn the ideological underpinnings of this movement before it makes good on its promises."
-Darla Lundell

Will MSM talk about this? History does repeat itself. Who can be certain that an 1804 type episode WILL NOT happen somewhere in the USA?

Nowadays We have AK-47's and AR-15's. They want to start it We The People Will Finish It

I will take your word for it.

What is seen cannot be unseen. Do NOT attempt to make look at what I have not yet seen. 😁