Do you remember when this was our biggest regret?

How about now with Bill's set to Federalize our elections, take away our 2nd Amendment rights, legalize millions of "un- American" illegals, "pack" the SCOTUS, abolish the Electorial college, make DC &/or other dependent territories - (Demoncrat) states,...

If your State has yet to pass legislationto participate in a Convention of States, as granted by the Constitution ( Article V), so that WTP can reign in our out of control Fed. Govt., establish term limits, & have a government that lives within a balanced budget... THEN PLEASE CONTACT YOUR CONGRESSIONAL representatives, CONTINUALLY, until your state passes it.

🙏 Matthew 6:5-6, "And when you pray, you shall not be like the hypocrites. For they love to pray standing in the synagogues and on the corners of the streets, that they may be seen by men. Assuredly, I say to you, they have their reward. But you, when you pray, go into your room, and when you have shut your door, pray to your Father who [is] in the secret [place;] and your Father who sees in secret will reward you openly." 🙏

While all of the attention has been focused upon manipulation of election results via software, there has been very little attention paid to hardware. Malware can be embedded in hardware as well as software.

1). Is this DS200 voting machine the same Dominion Systems units sold to 31 States?

3) If the sim cards are Verizon specific, was / is Verizon in on the Voter Fraud? 3b) If so, wouldn't this violate FCC laws, also?

6) Who was on the other end of the line?

Echoed By SFDrake
·
1 week ago

Modem Chips Embedded in Voting System Computer Motherboards - Lets Fix Stuff By Patrick Colbeck While all of the attention has been focused upon manipulation of election results via software, there has been very little attention paid to hardware. Malware can be embedded in...

Must read! Must investigate!

And here it comes (again)... the U.S. turning it's back on Israel, creating a false narrative to justify "our" support of the terroristic "State of Palistine."

Romans 11:25-26, "For I do not desire, brethren, that you should be ignorant of this mystery, lest you should be wise in your own opinion, that blindness in part has happened to Israel until the fullness of the Gentiles has come in. And so all Israel will be saved, as it is written: [" The Deliverer will come out of Zion,] [And He will turn away ungodliness from Jacob;]"

Note how Israel's "Deliverer" ISN'T the US... 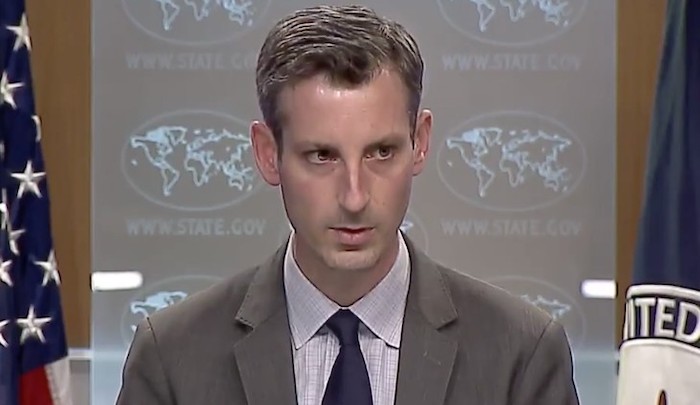 We saw and knew this would come with the Communist Democrat Party in charge and I might add, in charge through massive fraud.

And so many American Jews vote solid Democrat.

Remember David Horowitz in his autobiography telling us of growing up in NYC and his parents were card carrying communists.

Today David is one of our great conservative voices. Those who go against the children of Israel shall perish says the lord!

Yet that seems the trajectory of the Obama & Biden administrations... Biblical, sad for me as a Bible believer & follower of my Jewish Lord & Savior, Jesus Christ the Son of the Living God..., and as an American.

If you seen postings about Article V / Convention of States, but are unsure about the details & want to know more, an opportunity to be enlightened will happen tonight!

Rep. Taylor, from SC, will be providing a legislator’s perspective on how everyday citizens can best meet, support, and influence their state legislators as we move forward in the fight to call a Convention of States.

Echoed By SFDrake
·
2 weeks ago

Unlike the called for boycott against Chik-fil-a, that actually boosted sales, I believe those of us who want voter ID & support MAGA, can likewise boycott the companies that have voiced opposition to GA's recent Voter reform bill and let the "80 million" Obiden voters support their businesses!!!

Companies that have voiced 👎:

I'm sure more companies will join the corporate cause, as these, are for fraud (except in their ranks), and a "RESET" that will benefit these international brands...

I say let's VOTE with our wallets, NOW!

Unlike the called for boycott against Chik-fil-a, that actually boosted sales, I believe those of us who want voter ID & support MAGA, can likewise boycott the companies that have voiced opposition to GA's recent Voter reform bill and let the "80 million" Obiden voters support their businesses!!!

Companies that have voiced 👎:

I'm sure more companies will join the corporate cause, as these, are for fraud (except in their ranks), and a "RESET" that will benefit these international brands...

I say let's VOTE with our wallets, NOW! Amen!.... the mission field is rich and many are seeking as time winds down!

Global Warming (and it's NOT man made...)

2 Peter 3:10-12, "But the day of the Lord will come as a thief in the night, in which the heavens will pass away with a great noise, and the elements will melt with fervent heat; both the earth and the works that are in it will be burned up. Therefore, since all these things will be dissolved, WHAT MANNER [of persons] OUGHT YOU TO BE in holy conduct and godliness, looking for and hastening the coming of the day of God, because of which the heavens will be dissolved, being on fire, and the elements will melt with fervent heat?"

Fortunately, all believers won’t be here at that time....the unbelievers, well unfortunately they’ll be experiencing an eternal warming event....I pray more eyes are opened before the trumpet sounds!

James 4:1-7, "Where do wars and fights [come] from among you? Do [they] not [come] from your [desires for] pleasure that war in your members? You lust and do not have. You murder and covet and cannot obtain. You fight and war. Yet you do not have because you do not ask. You ask and do not receive, because you ask amiss, that you may spend [it] on your pleasures. Adulterers and adulteresses! Do you not know that friendship with the world is enmity with God? Whoever therefore wants to be a friend of the world makes himself an enemy of God. Or do you think that the Scripture says in vain, "The Spirit who dwells in us yearns jealously"? But He gives more grace. Therefore He says: [" God resists the proud,] [But gives grace to the humble."] Therefore submit to God. Resist the devil and he will flee from you."

Ever wonder why, at the Alaskan Summit, the delegate from CCP, was able to demeaningly badger the U.S. Sec. of State, Tony Blinken so effectively & without consequence?

Hint: birds of a feather...

My theory is that in a push towards globalization / O.W. O., the Demoncrats have to instill into the American psyche not only do the Dems think America is bad, so does the rest of the world.

Don't fall for any negative narrative by the socialistic communists... domestic or foreign! Perfect we're not, but were still the best hope for life, liberty, & the pursuit of happiness, in the world (this side of being a Child of God, thru Jesus Christ His Son, & His indwelling Holy Spirit).

The devil went down to Georgia 🎶...looking for an election to steal.🎶
He was in a bind cause he was way behind. He was willing to make a deal!🎶 When he came across this woman, practiced, polished, & politicizes a lot.🎶 And the devil jumped upon a political stump and said 'Abrams let me tell you what'🎶 I guess you didn't know it, but I' a good liar & cheater, too.🎶 And if you care to take a dare, I' make a pact with you.🎶 Now you play a pretty good game, gal, but give the devil my dues. I'll bet you an election, against all odds, if following my lead is all I ask of you...🎶

...and we all know the chorus.

Whose tune do you carry?

Echoed By SFDrake
·
1 month ago