Folks are waking up👏😁

The Vaccine (Dis)Information War CJ Hopkins So, good news, folks! It appears that GloboCap’s Genetic Modification Division has come up with a miracle vaccine for Covid! It’s an absolutely safe, non-experimental, messenger-RNA...

CARPAY: When the buck stops, Kenney is responsible for the pastor thrown in jail - The Western Standard "Mr. Kenney raises “the sanctity of human life” without considering how many people have been killed and harmed by lockdowns, and without providing any evidence to support his thesis that...

Echoed By Johanna
·
2 days ago

Whats Up Canada? · @Whatsupcanadian 2 days ago ·

The government response to the rebranding of the flu is the real killer in #Canada albeit a profitable one for anyone the state has funded to propagate the hoax.

Voddie Baucham Medical Update 'I was Within an Hour or so of Death' - Protestia Voddie Baucham has provided another update from inside the Mayo Clinic, informing supporters and concerned...

Echoed By Johanna
·
3 days ago

Western Canadians wanting a say in the Laws and Taxes they have to live with is treasonous!

Suggesting that shows a lack of understanding of Canada, it's history, it's government and it's people.

The provinces are Nations.

This Confederation of Nations can be seen in the structure of government. It was on display when Quebec held a referendum on their membership.

If Canada was one nation, would it attack it's own citizens, it's own economy, shut down it's own industries, land lock it's own resources?

Canada does those things because Canada is a Confederation. Some members within Confederation have more power and fight to keep it that way.

From lockdown Ontario. A sermon about the false shepherds in our day who allow the sheep to be scattered.

Sign the Petition Pastor James Coates has been imprisoned for the simple act of holding worship services, and refusing to tell his congregation that they can't gather. He has refused to bow to the Alberta wide AHS... 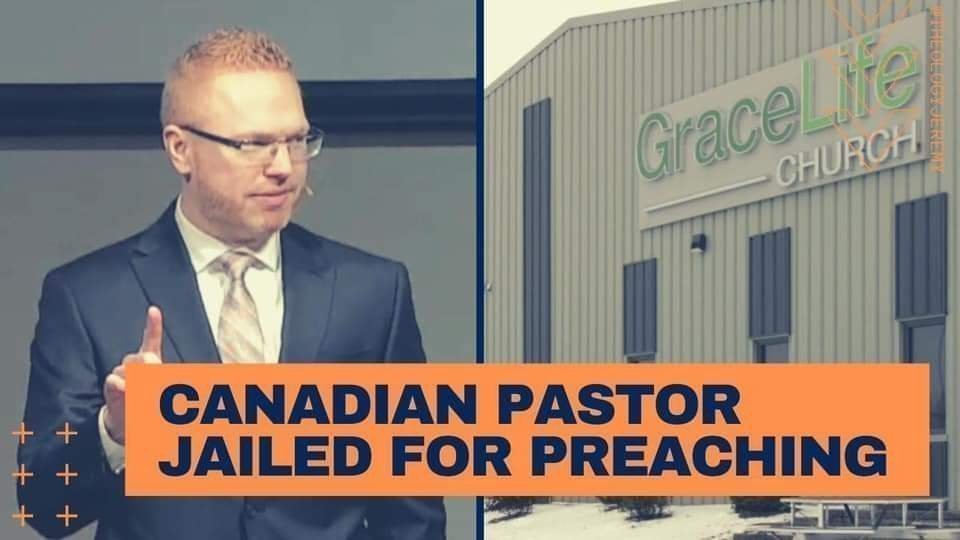 PETITION: Free Pastor James Pastor James Coates of GraceLife Church remains behind bars today. Sign our petition to show your support and take a stand against the tyrannical COVID enforcement Pastor James and his church are...

Echoed By Johanna
·
5 days ago

PETITION: Free Pastor James Pastor James Coates of GraceLife Church remains behind bars today. Sign our petition to show your support and take a stand against the tyrannical COVID enforcement Pastor James and his church are...

Gazillionaire globalist Bill Gates has a new book out on how to tackle what he sees as the problem of climate change. One of his guidelines to save the planet? Give up your meat and grab a "plant-based" burger instead. 'You can get used to the taste difference," he said in a recent interview. While such "big ideas" might normally come under some scrutiny in the media, it turns out that Gates has given something like a quarter of a billion dollars to dozens of media outlets. He also funds the "fact check" organizations who play their part getting independent voices silenced. How dangerous are billionaire authoritarians?

Globalism Goes Bold: Bill Gates Wants Your Hamburger Gazillionaire globalist Bill Gates has a new book out on how to tackle what he sees as the problem of climate change. One of his guidelines to save the planet? Give up your meat and grab a...

Freedom has only come to a people, as they have become, one by one, free men in Jesus Christ. As a people advance into freedom in Christ, they move their society and country into that freedom; and as a people drift into unbelief and sin, their country declines into slavery.
-- R.J. Rushdoony

Grace Life is a church of nearly 400 congregants. Not one has been lost to Covid, but, sadly, a congregant was lost to the Alberta Government lockdown in the first week of February when he died prematurely because he couldn’t get the cancer treatment he needed due to Government restrictions.

The new normal in Alberta: pastors in jail for holding church services? | Justice Centre for Constitutional Freedoms EDMONTON: The Justice Centre is representing Grace Life Church (Grace Life), a large church near Edmonton, and its pastor James Coates. The congregants of Grace Life hold strongly to their religious...