Joe Oltmann Joeoltmann Christian. Conservative. American. FEC United Founder. Fierce fighter for truth, wherever that may take us. Unapologetically unafraid of the leftist terrorists and the Left-publican clowns. US FIRST Thanks for sharing Joe. He's so right. See you Monday.

The left are liars... they are pedophiles, rapists and closet racists. They are everything they say they are fighting against.

Speak truth... it drives them crazy because the evil cannot survive in the middle of truth.

talking about the election fraud today...
Join us!

Has anyone seen the video of a mentally disabled female being injected with the COVID j&j vaccine under the “LA Homebound Project” in LA?! I’ve heard that they are using law enforcement to do it! WTH is going on in this country?!

Do not come to the fight with a noodle.... This is a video about Coomer's lawyer's response to my attorney saying, "No"...

Waiting for it to load. Probably weak.

May God continue to give you strength 🙏

I listen to your podcast and have kept you and your family in my prayers. SO good to know that there are still real men, moral men, God fearing men that exist and are not afraid to stand up for the truth. Blessings my brother and continued prayers for safety and victory!

You sir, are the definition of courageous. I know it's all out of the MSM news cycle right now.... but thank you for continuing to fight for and pursue election integrity. Joe Oltmann is an American hero.

Thank you sir for your bravery. God bless you sir. The dark can not snuff out the light, the TRUTH!!!!! 👊🏼

A Patriot · @InGodWeTrust4Ever 2 days ago

Join us today we talk with Activist Jayme McElvany... Fighting for kids in Michigan.

Will post my lawyers response.... but here is my response and email from Coomer’s shitbag misogynist lawyer. #theleftareliars #reckoning

Truth is hard to argue against. Praying that whoever presides over your case actually has integrity, unlike the “judges” we have witnessed in so many of these cases in the last couple years. We truly need to see the first domino fall.

Hopefully she isn’t backing down.

Great interview with Pastor Artur PAwlowski, the Pastor that kicked the health officials and police out of his church in Calgary Canada...

No sound on my phone 😟

I listened to this on your podcast, and all I can say is WOW! A must listen for anyone following TRUTH.

Good morning.. thought I would give you all a peek into what is happening to bring justice to the forefront on the election fraud.

Dominion Voting Systems is trash. The more time passes the more we discover about the fraud. Oh and if you do business with Dominion, you have to buy their equipment from them. But they are legitimate... just ask Coomer... 😂😂😂

Your exactly right ! All this talk about taking congress is crazy without dominion gone

God help us get inside these machines and shine the light on the fraud. Thanks you Joe for all you do. #theleftaretrash. #theleftareliars

I knew it! Thanks Joe for all your doing to shed a very big spotlight on these defective machines.

Aren't all the voting machine companies basically the same? Are they all using software that can be programmed for the outcome that one wants?

Biden is a diseased shell of a man. He represents the pedophiles rapists and closet racists of the radical left.... join us as we talk about how they are trying to change and subvert the Constitution... 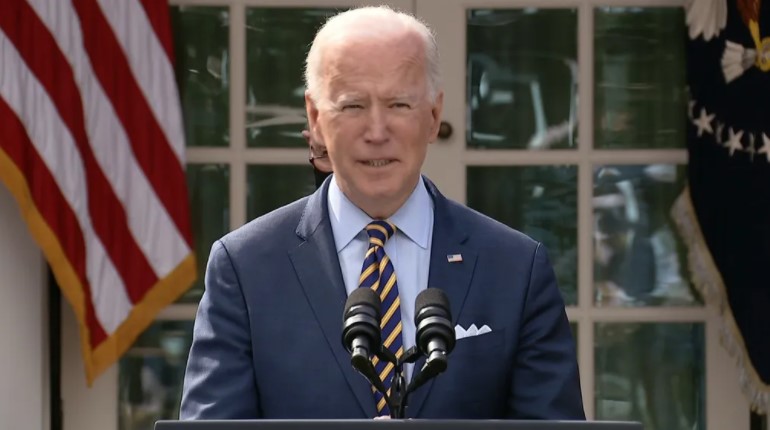 Agreed ... he is a mannequin given an apparatus to breathe...but he sure does have a destructive team around him. He reminds me of another lobotomised west African leader. The latter and uneducated man dressed into a military attire and later converted into a president; a diabolical human caricature that can barely read a speech printed in English, typed in bold and in enlarged letters, who acts as if the power of speech was bequeathed to the human race by the gods 5mins before they hand him the A4 pages. He scratches through the words like a blind chicken that pecks at the ground looking for food !

Is this man even Biden? How many face lifts has he had?

I have a hard time posting on Parler when they suppress messages and are becoming everything we are running away from at FB Twitter and the rest of the radical left.

Parler needs to stand up or step out. Sorry not sorry. Open to your thoughts...

Gab is by far the best platform.

I tried to post a MLB boycott meme they blocked me I agree! I find that Parler tends to run slow or blocks a share or comment I try to make.
I’m personally hoping Trump gets a platform going soon that will knock out FB and Twit

That stinks. Hoping Lindell’s FRANK will take off. Here’s a very informative video from a Covid expert. Please watch and pass on so the masses can see what Big Pharma, Big hospitals and the government don’t want you to The only issue I’m having are posting and seeing posted pictures. It’s frustrating.

Parler has sucked since it came back online .

Their interface has changed since they went down as well. I don’t really like the content and it keeps repopulating as I scroll trying to get me to see things I already scrolled past on purpose. Not a fan of it. Looking forward to seeing if Mike Lindell’s platform is an answer. Haven’t been able to navigate Gab or clout

Please see David harris interview of Jeffrey Sisk. New Find. Com platform coming and will rival Facebook and google all in one and will have great music specs

Telegram is much better!

You’re not the only one Joe. Others have the same issue and are posting on the problem Why are you here then? Must be a robot or AI attack. Not an issue

Off topic, think about notifying your podcast listeners and conservative media about upcoming court dates and times for your Dominion case. Public support will let the judge know we expect much of him.

And please extend my sympathies to the war chest holders, because they will not receive any of my prayers.

Please come back to Gab. It's working much better than Parler now and there's no censorship!!

Echoed By Joe Oltmann
·
1 week ago

Somebody had to say it Charles Barkley Rips Politicians for Fostering Racial Division And he correctly points out that voters are stupid for following those politicians.

You all need to watch this... Dominion is doubling down and Mike is too. And this is not even the most damning stuff that is out there...

Lindell TV LindellTV Please share with everyone you know to help save our country! Absolute Interference To view this video please enable JavaScript, and consider upgrading to a web browser which supports HTML5... Watched it last week and it's incredible how the data shows the obvious fraud and without even digging into the machines....

Max is on fire... people coming across the border to get vaccines and then going back, on our dime.... Listen live...

What a joke!!!!
The democrats hate America We can ship all of our vaccines down there. We don’t need them.

I guess Krispy Kreme’s offer was too good to pass up. Free doughnut if you’ll take the jab. Never mind both will most likely kill you over time 🤦🏻‍♀️

I can’t believe how many stupid people there are in this world. 🥲

Do you have replays of the videos? Dlive only shows 4 videos. That music got me too 😂

Lol 🤣🤦🏼‍♀️. I needed that. The glee of watching him falling up steps 3 times was wearing off👍🏼

That's funny sh*t! Thanks for the chuckle.

This must have been around the same time that Jim Eagle was a thing. I don’t even know who Jim Eagle is

Nothing is unbelievable with this clown. What a joke 🤦🏻‍♀️

Dementia sufferers cover up their memory loss and fill the gaps by making shit up.

Biden need to STILL be HIDEN, in his basement. Daggum that man makes me embarrassed! I know the world is laughing at us. Jill can’t put Prevagen or Viagra in his Ensure to get that man alert enough! Harris is waiting for that last trip up the steps.

And he was reading from a cheat sheet!!!! Good old Joe Eagle what a fuking joke

The blog by a guy who plays blatantly bogusaudio, ruins lives and then dares to call himself a Christian. Christ would have beat you out of the temple with a whip

Where are the replays to your shows?

When law and order go out the window with an evil regime putting Americans in harms way, the rules change and we have a right to restore order and take our country back.

That’s what I have been saying! Where is the protection for us Americans? Where!!?

Change “right” to restore to “responsibility” and I am in 💯 % agreement.

I’m surprised something hasn’t happened yet because I don’t think it could get much worse.

When the filibuster goes, so does our country. This my be happening sooner than later.

Breaking: We know who the shooter is and it is not who the liars are on the left are saying. They are disgusting:

You also "knew" Dominion Eric was on a fake recording.
You're just a lying snake oil salesman. God will deny your lying ass at the gates

Echoed By Joe Oltmann
·
4 weeks ago

These Liberal Grifters Used to Pretend to Be Conservatives 👇🏻🤦🏼‍♂️ These Liberal Grifters Used to Pretend to Be Conservatives Adios!

We are on now talking about.... Biden being well Green Screened.

Joe, is it possible to get an update on Sophie Collins? Many of us called and sent emailson her behalf after your emotional presentation of her situation. Can we get an update today on ConservativeDaily?