Bosch Fawstin BoschFawstin Winner of the Mohammad cartoon contest that jihadists targeted, but instead got their heads blown off for it. Free Speech lives, no matter what its enemies say or do. Creator of the superhero, Pigman.

Echoed By Bosch Fawstin
·
4 days ago

My friend @BoschFawstin, the winner of the Mohammed Cartoon contest would like you to know that he’d appreciate if you buy his books, comics, cards, prints, etc., in support of free speech and highlighting Islamic blasphemy laws that threaten free speech.

Click here to support his work to save free speech via artistic expression! 👇🏻 My new article and cartoon on the Red Coates who projected his Red Skull-like ideology onto Jordan Peterson. Check it out, and please share if you like it. Thanks.

We live in a world where truth is treated as if it’s beside the point.

It has taken me a while to realise Parler is back...I guess I am still jittery about it being taken off again. Nice to see you! I’ve heard Scott Adams make that point back when I was following him. Now I’m off the “minutia of politics” train so mostly I also no longer listen to Tarl Warwick or Tim Pool or Bannon or Raheem Kassam. Moved back to physics.

Told my son yesterday that current plants are starved for CO2 & climate hysteria is a huge grifting Ponzi scheme.

Sad. And many physical scientists just “go along to get along.” Chumps who enable the abuse.

The ‘net itself, is fading. Many links on my blog, now useless. Only recoverable of they happened to have been archived by archive dot org.

Thus I can see why some advocate for saying: f-it, I’m going rural to raise chickens, goats, and human children too.

I'd give Mohammad blue eyes, and he'd always be wearing hockey sweaters.

I love Bosch Fawstin. I am sorry to hear about his troubles. I hope this can have some positive effect on his finances to help pay for his defense.

It is an intolerable injustice that innocent people have to practically bankrupt themselves from false accusations and frivolous cases in our courts.

The prophnot. Prophet is a weighted word implying he’s a real prophet let’s all call him the prophnot. I just don't get women on the left. To me they are traitors of our sex. Roark at the Construction of His Bulding My 22nd Howard Roark cartoon, celebrating the 75th Anniversary of Ayn Rand's The Fountainhead. Drawn in India ink on 11 x 17 bristol board...

Leftists will lie, cheat, smear, destroy lives, lionize mass murderers, and mass murder ... but we’re to believe that they draw the line at stealing elections? There is no line in leftism, there is only a constant march to devour everything and everyone in their way to power.

I created this print — Free Speech Under Fire— a few years ago, and it’s more relevant than ever. Up I can order it at my store 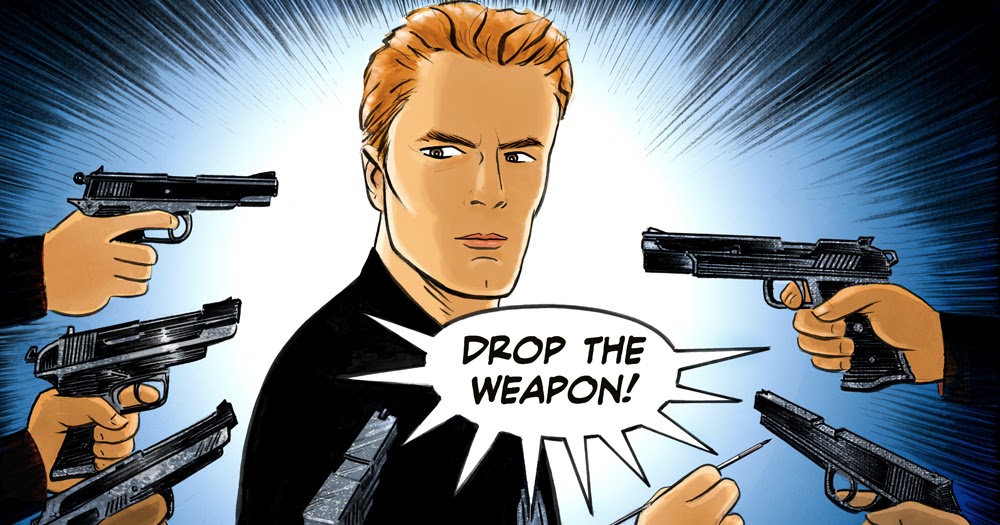 PRINT: Free Speech Under Fire It sometimes feels this way, drawing Mohammad cartoons. The print is 11 x 17, signed and numbered by me for a limited run of 25 prints.  ...

You can order print issues of my comic book series, The Infidel, featuring Pigman, at my store

In their attempt to signal how woke they are by having “trans non-binary Jedi”, Disney Star Wars instead posted what can visibly be perceived as white supremacist skin head Jedi. Stupidiots.

My feMENism t-shirt is Not for feminists. feMENism t-shirt Femenism T-Shirt from FAWSTIN, Regular fit, unisex - A feminism t-shirt for non-feminists, for those...

Every so often, I’m reminded that this has to be explicitly stated:

P.S. Let me add that there is NO privilege in the West like leftist privilege, like anti-white privilege. The Bosch Fawstin Store: PRINT: Vigilant Mother By request, I took my Second Amendment Print and removed the words, which makes it a great complimentary print to my other print, Vigilant ... The Bosch Fawstin Store: PRINT: Biden as Obama's Puppet This is indeed the third Obama term. By request, I just made this cartoon of mine available as a print ( and t-shirt ). 11 x 17, signed and ...

Yep been say this for ever.

My most popular t-shirt, as free speech is THE issue of our time. You can order yours at my store T H I N K print Everyone feels. Not everyone thinks. Imagine if everyone thought. We'd be living in a different, better world.  This print puts the focus on...

One of my 3 Favorites of yours

With
Draw Mohammad
Punching A Fascist

Since B4 The Election

Another Fraud on America

Biden is how the elite want the Presidency and America seen as: Weak. Broken. Corrupt. A supplicant to China & the globalists. The personification of what the elite globalist fat cats want. And yes of course the election was stolen.

“Mr. President, what do you think about—“

Once again: if your answer to armed madmen is to disarm everyone, you’re a madman.