American Thinker AmericanThinkerEditor The home for conservative analysis from informed people throughout America and the world. https://www.americanthinker.com/

Biden Is Running a Protection Racket - American Thinker Joe Biden's big pitch is his promise to restore calm. It's a con. It's Antifa and Black Lives Matter — both on his side — that are stirring everything up. He's trying to run a protection ra......

In a sad way, my hats off to him. He had me thinking he was just a goofball, but he’s been a total goon behind the scenes.

I just read your article on the math of the election, by Jay Valentine.
He is a brilliant writer: I took about 10 quotes and posted them, along with the article, which probably would have been annoying to people, if I had any substantial number of followers.

But I wanted to compliment him and your magazine. Your articles have provided the best insight and clarification for me during this election. ...I instantly reject any source that even considers allowing the stealing of an American Presidency through massive fraud.
(I’m one of those 71 million loyal MAGA-dites).
For me, it’s either: *enforce* the honest results, or start a revolution to *restore* honest elections to America.
Enforce, or restore.
We can’t proceed as a nation that has allowed massive fraud to steal the presidency. We’d never get our country back.

Anyway, thank you for your truthful, informative, and positive articles.
I hope you start posting more on Parler!

The American Thinker
Nov 4 article "The Nasty Steet Fight ahead for 2020: This is Why We Elected Trump" by C. EDMOND WRIGHT

THANKS. I needed that!

They are trying to stay out of jail.

OH IM SO EXCITED TO MEET YOU ON PARLER JUST SAW YOUR INTERVIEW ON WARROOM AND WAS LIKE GOD KNEW BECAUSE I WAS SHARING YOUR ARTICLE WITH EVERYONE AND HOW AWESOME IT IS AND IM WATCHING WAR ROOM AND YOU SAID AMERICAN THINKER AND IM LIKE REREADING IT! Soooo Cool! Yay thank you so much hunny!

Biden is a fool and a puppet.

Bill Gates, David Rockefeller, Al Gore, and U.N. Agenda 2030 "sustainability" elites have established a belief system which claims that human population on earth has reached it's limit; and it's destroying the planet.

Human population in these numbers going forward they say, is simply not "sustainable."

This is in direct opposition to God's command in the Bible to "be fruitful and multiply, fill the earth"
(in Genesis 1:28)

Logically, where does the acceptance of "overpopulation" not being "sustainable" inevitably lead?

To something like Hitler's Third Reich, but on a global scale, that's where!

DEPOPULATION IS THE NAME OF THE GAME.

Google these subjects to see the evolution of this ideology:

Eugenics in the USA

Q: What is the wreath surrounding the globe on the U.N. Flag called?

When I try to read AT, I always get an "Aw Snap" message (out of memory). Someone ought to look into this.

Justice for All? · @SophiaJakeb 4 days ago

Where are more articles? My favorite writers

Clarice Feldman never writes a bad column. They're all superb.

The Miniaturization of Media Dinosaurs - American Thinker In much the same way that dinosaurs miniaturized to today’s birds, the ancient Democrat solons and media have devolved from positions of respect and power to starlings, annoyingly chirping and...

60 minutes on 11/8/20 aired yet another one-sided inaccurate story about the election results.

I never understood why 60 Minutes self-destructed.

Their brand went from investigating and confronting bad actors to SJW quickly.

Revolutions always eat their own.

He sold his soul

Certainly gives more credence to the QAnon stories, doesn't it?

Unseen and Unsaid: The most telling character difference between Trump and Biden - American Thinker Something occurred to me recently while watching a post-debate Frank Luntz focus group. Comprising undecided voters who liked neither Trump nor Biden, the participants nonetheless believed the...

This has been obvious from the outset and goes back yearswith Biden. Whether its 1987 in New Hampshire, "I don't work for you", " shut up fat", "dog faced pony soldier", "you're full of shit", "don't be a horses ass", etc, Biden has alwaysattackeand powerfuld average, every day people. Trump skewers the rich and powerful.

Trying to share the
'Forget the Hunter Biden Sex Tapes. The Real News is Much Bigger Than That.'
article on facebook.
This (video) is what happens.

Bill Gates, David Rockefeller, Al Gore, and U.N. Agenda 2030 "sustainability" elites have established a belief system which claims that human population on earth has reached it's limit; and it's destroying the planet.

Human population in these numbers going forward they say, is simply not "sustainable."

This is in direct opposition to God's command in the Bible to "be fruitful and multiply, fill the earth"
(in Genesis 1:28)

Logically, where does the acceptance of "overpopulation" not being "sustainable" inevitably lead?

To something like Hitler's Third Reich, but on a global scale, that's where!

DEPOPULATION IS THE NAME OF THE GAME.

Google these subjects to see the evolution of this ideology:

Eugenics in the USA

Q: What is the wreath surrounding the globe on the U.N. Flag called?

Barack Obama: How the mighty are fallen - American Thinker Once upon a time, Barack Obama had the world at his feet. Tens of thousands of adoring people would come to see him, and often women would react to him as teens once reacted to Frank Sinatra, by...

People are finally onto the damage he did to this country

The media hate Q. The problem seems to be with them and not with Q at all. What are they hiding?

QAnon:The Media's Latest Obsession Big media has had multiple obsessions during President Trump’s first term. From Stormy and Avenatti to the myriad tell-all books about Trump, his administration, and his family. From Russia and an...

This one is important. Seriously important. If you happen to see this post, please echo.

Did the U.S. Government Hide bin Laden In Iran? Alleged Whistleblower Releases Evidence to Make His Claim Alan Howell Parrot is an unusual character with a flowing gray beard and wizard’s turban who looks like he popped out of a movie. Born in Maine, he followed his fascination with falcons to the...

So much skuzzy shit Goan on

I have read this before!

If THEY DID IT'S time to hang some SOB's

The Real Cost of Homelessness - American Thinker In 2016, Los Angeles Mayor Gil Garcetti proclaimed, as might an emperor or king, he would empower citizens to “transform their streets and urban corridors into vibrant, walkable spaces that reflect...

Democrats need to see what a vote for Biden/harris will get our country! Democratic run California is leading the way in the destruction of America!

15 Reasons Not to Elect Joe Biden Before someone you know votes for Joe Biden, show them this first!

Will America Survive the Democrats’ Arrows in Their Quiver? - American Thinker Events are hurtling towards the election with strange and disturbing developments every day. Writers are openly discussing the possibility of a violent coup and civil war. 2020 feels like an...

Yes we will survive. Millions of Patriots have been preparing and training in the event the leftist insurrection escalates. It won't go well for them and might possibly be the reset the nation needs.

Here's the choice in this election, the Constitution or Biden's 110-page communist manifesto. Listen to yesterday's show and subscribe for free! 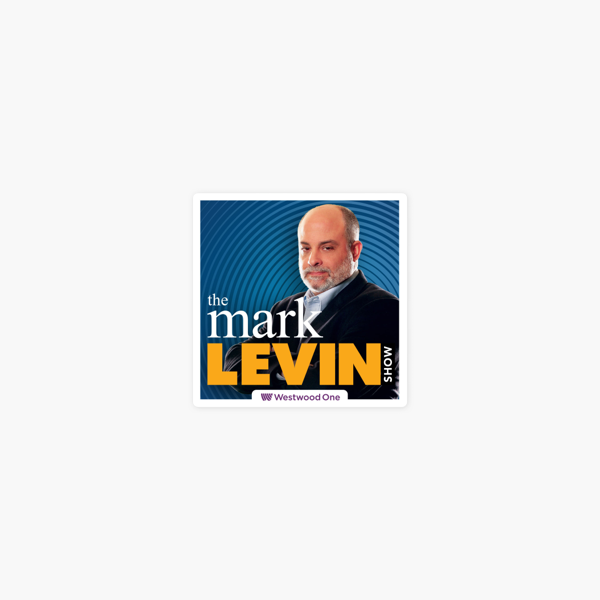 ‎Mark Levin Podcast: Mark Levin Audio Rewind - 10/8/20 on Apple Podcasts ‎On Thursday's Mark Levin Show, the major difference in this election is that one Party wants to replace the Declaration of Independence and the Constitution with Karl Marx's Communist Manifesto....

Yelp to Label Businesses Accused of Racism?
What could go wrong?

Yelp to Label Businesses Accused of Racism Yelp will be labeling businesses ACCUSED to being racist.

I Got A Crazy Call From The NY Times Yesterday 👇🏻

Ep.1366 I Got A Crazy Call From The NY Times For show notes, visit https://bongino.com/ This show is brought to you by Express VPN https://www.expressvpn.com/bongino In this episode, I discuss an insane call I received from a N.Y. Times...

Presidential Opinion Polls – Déjà vu All Over Again? - American Thinker Presidential pollsters have short memories. It was a mere four years ago that most pollsters faceplanted after predicting a Hillary Clinton landslide victory. Rather than humility and introspection...

Biden is blatantly hiding the single biggest issue in his campaign - American Thinker The first action of all elected tyrants is to change the rules to prevent future challenges. In America, the way to achieve this end is to pack the Supreme Court, making it a Democrat-run, unelected...